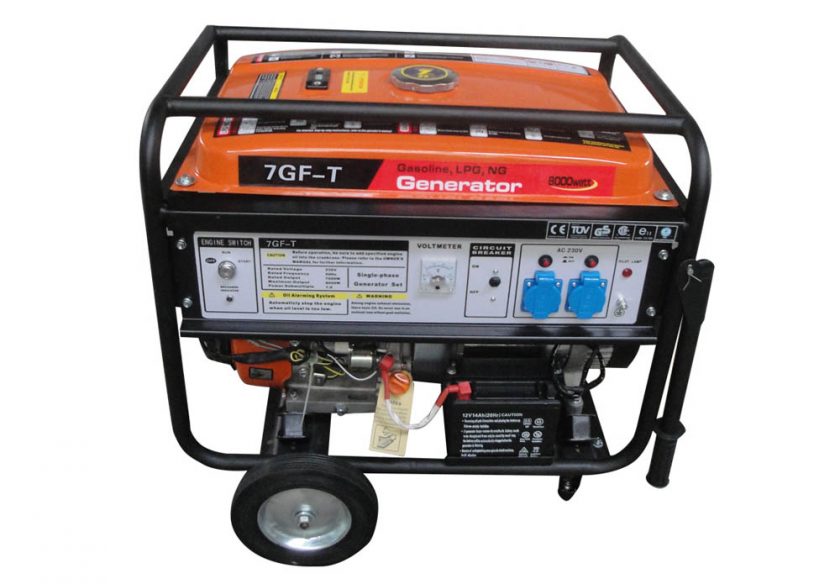 Propane powered generators offer several advantages over other types of fuel, particularly gasoline. Propane, sometimes called LPG ( liquid petroleum gas ) , is a non-renewable fuel that is produced from both natural gas processing and the refining of crude oil. It burns cleaner than most other types of fuel, and is stored in sealed cylinders that make it less likely to spill and cause a fire hazard.

Propane also has a longer shelf life than gasoline, in part because it is stored in a sealed cylinder. Over time, gasoline will become less effective when it is being stored, to the point that it can actually harm your generator’s motor if left too long before being used.

While propane powered generators still create carbon dioxide when operating, they are safer for the environment overall. And because the fuel supply is generally stored in a separate cylinder from the generator itself, you can use a storage tank that will provide enough fuel storage to run your generator for the length of time you might need it.

If you live in an area that is prone to power outages, or where these outages can last several days before the power is restored, the ability to store enough propane to last is a big advantage. In some cases, when the power is out it can affect fuel pumps as well, making it difficult to refuel your generator without having to travel a significant distance.

Propane tanks are available in a number of capacities, from the standard 20 pound cylinders that are used to power barbeque grills and other smaller items right through to large tanks that can hold 250, 500 and even 1000 gallons.

Some homes already have propane tanks as well, which provide water heating, cooking heat, outdoor lighting and various other things. These tanks can be connected to your generator as well, allowing you to get double duty from them.

Propane is a cleaner burning fuel than gasoline, and one of the side-effects is that it is virtually odorless. The only odor associated with propane is the rotten-egg smell that is added to the fuel in order to make it easier to identify leaks. Gasoline can create a strong odor, which can affect people who are sensitive to these things.

Propane powered generators also have an advantage in the fuel cost. Propane is generally less expensive than gasoline, and when combined with the extra burning efficiency, you will spend quite a bit less on fuel for a propane powered generator than you will for one that runs on gasoline. While diesel fuel is another alternative that is less expensive than gasoline, it is still not as cost-effective as propane.

In addition to the fact that gasoline pumps are sometimes affected by a power outage, the other factor to consider is a human one. During a power outage, gasoline is one of the first things that people start to hoard. Rationing is a common reaction to these types of problems and it isn’t unheard of for physical violence to break out over gasoline. For the most part, propane is not as widely used which means it tends not to have the same kind of demand in these situations.

Propane powered generators will provide the same amount of electricity as a gasoline powered model, from a unit with the same output rating. You won’t be giving up any capacity by choosing propane over gasoline.

In general, the only real advantage that a gasoline generator has when compared to a propane model is the widespread availability of gasoline. There are gas stations that don’t sell propane, so you will want to make sure you have a source of fuel within a reasonable distance of your home. But when the potential limitations of this gasoline supply are considered, including the fact that the pumps may not operate and supply could be limited during a power outage, the advantages of propane far outweigh the disadvantages.

Above knowledge origins from http://www.gaspoweredgeneratorsonline.com/ .